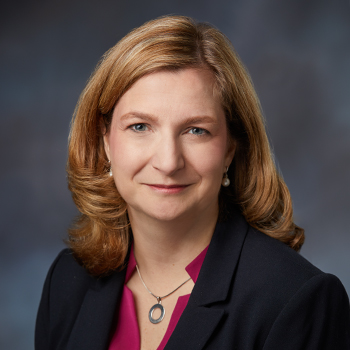 PORTLAND, Ore., November 12, 2019—OnPoint Community Credit Union announced today that Jackie Dunckley will serve as Chief Talent Officer, a new position that serves on the credit union’s Executive Team. OnPoint, the largest credit union headquartered in Oregon with more than 383,000 members and $6.1 billion in assets, created the position to demonstrate its dedication to employee and member experiences during the company’s incredible growth.

“We believe investing in our people makes us even better at serving our members and community. The Chief Talent Officer will ensure that commitment is met as we grow well into the future,” said OnPoint President and CEO Rob Stuart. “Jackie has demonstrated purpose and excellence in leading OnPoint’s Human Resources team over the past five years, and she is uniquely qualified for this role.”

Since joining OnPoint in 2014, Dunckley has made important contributions to OnPoint as Vice President of Human Resources, including building partnerships across the organization, as well as developing systems and practices to support effective talent management. As part of her new role, she will lead efforts to promote OnPoint’s work around diversity, equity and inclusion. She will also lead the Member Services team, which includes more than 70 team members in OnPoint’s Contact Center. With more than 15 years of experience in Human Resources, Dunckley will continue to cultivate talent and provide excellent service to members.

Prior to OnPoint, Dunckley earned her B.S. from Northern Arizona University and her Juris Doctorate from the Sandra Day O’Connor School of Law. She was admitted to the Arizona State Bar in 1998. Following a brief legal career, she took her expertise in-house to develop a diverse HR career in the newspaper, high tech, biotech and finance industries.

Dunckley also has a strong passion for education and serves as chair of the Board of Trustees at De La Salle North Catholic High School in Portland. Dunckley lives in Beaverton with her husband Curtis and three children.

The OnPoint Executive Team is comprised of the following members:

ABOUT ONPOINT COMMUNITY CREDIT UNION
OnPoint Community Credit Union is the largest credit union in Oregon, serving more than 383,000 members and with assets of $6.1 billion. Founded in 1932, OnPoint Community Credit Union’s membership is available to anyone who lives or works in one of 13 Oregon counties (Benton, Clackamas, Columbia, Crook, Deschutes, Jefferson, Lane, Linn, Marion, Multnomah, Polk, Washington and Yamhill) and two Washington counties (Skamania and Clark) and their immediate family members. More information is available at: 503-228-7077 or 800-527-3932.